… but they’re Every 30 Minutes. Kicking off a week of coverage from our ‘Insight in the Mobile Age’ supplement, RealityMine CEO Chris Havemann looks at the continuing opportunity for market researchers in a world of consumers and media changed almost out of recognition by the mobile revolution. (Part 1 of 2.)

Note: This article was originally published on MrWeb.com. 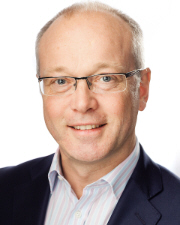 First, let me say that I understand the frustration of those leading-edge insights types who bemoan researchers’ dragging of their feet when it comes to ‘going mobile’. We have not been lightning fast in seizing the opportunity this new world presents, and a lot of mobile research so far has certainly been unimaginative—mere transposing of old methods onto a mobile platform. But I don’t want to argue that it’s too late; and as it happens, I don’t particularly want to warn that it will soon be too late, controversial ‘though I may be getting here. The opportunity for anyone with good research skills and habits remains, and will remain substantial.

Looking at media consumption specifically, we’ve come from a world of media silos—where print was distinct from TV which was different to radio; and where ad currencies were driven by those media silos. But think about how it works today: I will find myself getting an email from Twitter which has a story in it which I click through, and I find myself reading an article on the Wall Street Journal for example, or Fortune… media which I don’t traditionally consume or subscribe to, and they’re now getting readership and giving me ad exposure because I’ve found my way to that platform. The silos have gone.

The proliferation of streaming, in particular, and the power of connected mobile devices, means that the individual is as or more likely to be consuming media on a mobile device as on a television. That sounds a bit strong, but if you look at media consumption of video in Asia or younger demographics, it’s particularly acute. When I think of media in India, I think of someone watching IPL cricket on an Android phone or on their laptop.

This is just one aspect of it. Media business models are also changing, such that it’s no longer (mostly) a war for the advertising dollar. Take for example how firms look to monetise video. If you’re providing a free streaming media service as part of a bundle, your motive for doing that is to sell subscriptions and maintain loyalty for your traditional telco / mobile telco business. If you’re Netflix, you’re an advertising-free platform, and planning to maintain that. Netflix are driving subscriptions based on premium content and hoping that this is sufficient to keep their business model (very) healthy. Then there are walled garden players who are driving their own agenda—each of them slightly different, whether it’s Google’s agenda around YouTube, Apple’s around the AppleTV platform within the Apple ecosystem, or Amazon’s around Prime, which is bundled with a shopping delivery service. For the researcher, that’s both a challenge and an opportunity.

How does this affect research and measurement?

Here’s where I must admit that those of us who are involved in measurement are a bit behind the curve. The ongoing process of fragmentation across media and device types poses challenges and demands creative answers. In some ways, we have been ‘doing mobile’ for a long time: at Research Now, we were using Java mobile surveys back in the mid-2000s. Companies have managed to persist with surveys using email invitations, and yes the surveys are responsive, they work on mobile devices, but they don’t really take advantage of all the possibilities of mobile – by which I mean things like location data, mapping data, photography, video, or devices’ other native capabilities—and, of course, the vast goldmine of users’ actual (as distinct from self-reported) digital behaviours.

Clearly there are exceptions to this rule—the likes of Streetbees and Voxpopme spring to mind, indeed there are lots of innovators—but in general there is still a huge amount of survey research that’s simply desktop research that’s been migrated. Somewhat reluctantly, I think! So, what’s to be done?

We mustn’t just think in silos—much of the opportunity comes from combinations of techniques. Given the increasing complexity of consumer behaviour, whether that’s driven by demographics or otherwise, we have to cover all the bases. Survey research is here to stay: behavioural data collection is not going to supersede it, in the same way that social media listening didn’t (as forecast by some) spell the end of surveys in around 2007; or that when Google launched Google Consumer Surveys it didn’t—as feared—wipe out traditional online panel models or the market for survey software. What’s interesting, to me, is the combination of behavioural data and survey research as it affects mobile survey research.

Behavioural data has its own advantages. If users self-report on their behaviour, sampling becomes more of a potential bias, but so do inaccuracies in recall. Provided monitoring of actual behaviour is GDPR compliant, it’s very powerful. Given clear and explicit panellist consent, nothing stops you from using passive behaviour to look at what people are actually doing, how many minutes they are spending on an email application as opposed to a messaging app, which social media they actually spend longest with, and so on.

There are many examples of how to successfully combine the two. A simple one is location-based surveys—sending respondents invites to discuss things appropriate to their location right now, perhaps relating to out-of-home advertising. Or, for example, when they exit a large retailer, sending a survey about that experience. But of course, the consumer is living in a multichannel world where they are also exhibiting digital behaviour, so a survey can be timed to coincide with or follow that. Rather than assuming someone is a heavy social media user because they’ve reported that, why not actually understand that behaviour? In each case, you can also append behavioural data profiles to your survey data to build a greater understanding of who is doing your survey, and what responses actually mean in the context of real life behaviour.

Continue reading the second half of this article, setting out Chris’ view of Why MR firms are fundamentally well-positioned, and a look at the trends and opportunities right now.

Chris Havemann was co-founder of Research Now, the world’s leading online survey data collection business within the market research industry, where he served as CEO from 2000-2011. Following his tenure, he served as CEO of Rated People from 2012-2015. He received his BSc with Joint Honours in Mathematics & Economics from the University of Surrey in 1990 and his MBA with distinction from London Business School in 1999. Chris was awarded the AIM Entrepreneur of the Year award by the London Stock Exchange in 2009. He joined the Board of RealityMine in 2016 and became its CEO two years ago.

All articles 2006-20 written and edited by Mel Crowther and/or Nick Thomas unless otherwise stated.